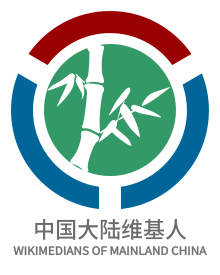 Logo of Wikimedians of Mainland China, the user group being investigated in the action

The 2021 Wikimedia Foundation actions on the Chinese Wikipedia are official actions taken by the Wikimedia Foundation in the Chinese Wikipedia, and announced on 13 September by the Vice President of Community Resilience & Sustainability for the Legal department, Maggie Dennis. In the actions, the foundation locked seven accounts with additional privileges such as Administrator and Bureaucrat, and removed these privileges from 12 additional users after looking deep into the Wikimedians of Mainland China.[1][2] Four of the top ten most active administrators had their privileges revoked.[3]

Maggie Dennis said that the Chinese Wikipedia was under investigation by the foundation for nearly one year.[4] According to the news report of Hong Kong Free Press, two Chinese Wikipedia users, Walter Grassroot and 城市酸儒文人挖坑, threatened Hong Kong Wikipedians, saying that they would report them to the Hong Kong national security police [zh],[5] but Wikimedians of Mainland China denied this.[1] In August 2021, the foundation modified the security terms in the access to nonpublic personal data policy, and oversighters from mainland China were asked to resign.[citation needed]

For the second time, the People's Republic of China used Taiwan as an excuse to prevent the Wikimedia Foundation from applying to become an observer of World Intellectual Property Organization in October 2021. A Wikipedian showed a screenshot to Voice of America, referring to the announcement made by one of the globally locked users "Walter Grassroot" in the Wikimedians of Mainland China QQ group after the foundation's application was rejected. According to the announcement, after the foundation blocked Chinese users, Chinese Wikipedians submitted relevant documents to the Chinese Embassy in Geneva through various channels such as the media. Walter Grassroot also pointed out that the failure of the foundation's application is a piece of good news.[6]

In an announcement on Wikimedia about the actions, Maggie Denis acknowledged the radical nature of the Foundation's actions but stressed that the decision was based on a number of considerations and an in-depth investigation.[3] The Foundation decided to launch this action after Maggie Dennis told the media that editors had tried to manipulate the content of the articles and the election of administrators and that other editors had been physically harmed. However, she did not intend to accuse the Chinese government.[7][2][Note 1]

In response, Wikimedians of Mainland China posted "Cast Away Illusions, Prepare For Struggle — WMC’s First Open Letter on the Recent Office Action" on Qiuwen [zh], accusing the Wikimedia Foundation of blocking users for a groundless reason (莫須有) and declaring its intention to resist the crackdown with practical action.[1][8][9] The Global Times alleged that the Wikimedia Foundation is "purging" the Chinese editors.[10]

In an interview with the BBC Tech Tent program commenting on the latest obsessions about China, Maryana Iskander, the new chief executive of the Wikimedia Foundation, emphasized the autonomy of the Wikipedia community and said, "One of the very early things that I've learned in this process is that certainly the Wikimedia Foundation does not play a role in setting editorial policy and that these are the debates that happen in communities."[11][12]

Jimmy Wales, the co-founder of Wikipedia, commented on these actions in an interview with BBC: "I have deep experience of talking to people all over the world, and the idea that people in China, for example, are so brainwashed that they can't see that neutrality is just false," but said "The idea that we are excluding China is absurd. We welcome with open arms editors from China."[13]

On October 7, 2021, at the 62nd session of the World Intellectual Property Organization (WIPO), China voted against the Wikimedia Foundation's application to become an official observer of the WIPO on the grounds that Wikipedia violated the "one-China principle" and "disseminated false information". China was the only country out of the 193 members of the organization to vote against the WIPO application,[14] causing the Wikimedia Foundation to fail.[15]