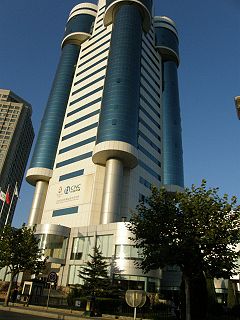 Traditionally services were provided by the company to northern Chinese provinces and large cities such as Shanghai, Guangdong, Beijing, Tianjin, Hebei, Henan, Shandong, and Liaoning; however, later they had a presence in most provinces.

As well as offering ADSL internet services (not always available outside of north China), the company offered internet collocation services and was a leading provider of connectivity to China's so-called 'IP telephone' shops, who offer discount rate, walk-in telephony services to the general public across China.

The company started as a wholesaler for high-speed data networks in 1999, headquartered in Shanghai. It was backed by Jiang Mianheng, Jiang Zemin's son, and Liu Chuanzhi, chairman of Legend Computers (now Lenovo). However, the business flopped partly because at the time China Telecommunications Corporation (China Telecom Group) held a monopoly over the telecom market.[1]

Netcom was on the verge of bankruptcy. Fortunately for Netcom, with the backing of Jiang's son, the Chinese government broke up the China Telecom monopoly and granted Netcom a third of China Telecom's assets.[2] Most of those assets are located in the northern provinces.

On June 2, 2008, Netcom announced its intention to merge with China Unicom, after the latter sold its CDMA network to China Telecommunications Corporation. The combined company has all the assets of China Netcom, plus Unicom's nationwide GSM network with 125 million subscribers, as well as its smaller dial-up and ADSL ISP business.[4]

The merger was completed on 6 October 2008. China Netcom became a wholly owned subsidiary of China Unicom and the listings of its shares on the Hong Kong Stock Exchange and its American depositary receipt Shares on the New York Stock Exchange were withdrawn.[5]

In 2008, Norwegian researchers identified cnc-noc.net as "by far the world's worst ISP", and noted that the ISP did not respond to incident reports.[6]

Spamhaus lists the Unicom ISP as the 3rd worst ISP for spamming.