Enciclopedia Libre Universal en Español (English: Universal Free Encyclopedia in Spanish) is a Spanish-language wiki-based online encyclopedia, released under the Creative Commons Attribution-ShareAlike License 3.0. It uses the MediaWiki software. It started as a fork of the Spanish Wikipedia.

The reasons for the split are explained on Enciclopedia Libre.[3] Key issues included concerns about censorship and the possibility of advertising on Wikipedia.[4] From the interview with Edgar Enyedy,[2] the main reasons for splitting at that time were:

In 2011, Enyedy said that the sole reason for the failure of Enciclopedia Libre Universal en Español as a long-term project was because it "was not intended to last. It was merely a form of pressure. Some of the goals were achieved, not all of them, but it was worth the cost." He further said "Nowadays, the romantic point of view is that EL survived and is still going strong." He argued that while the viewpoint is positive, it is not factual.[5] 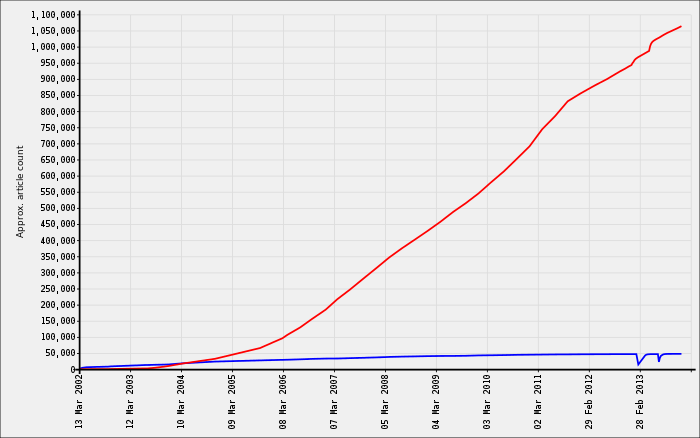