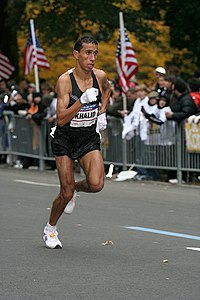 The Chicago Marathon, one of the six World Marathon Majors,[1] has been contested by men and women annually since 1977.[2] Since 1983, it has been held annually in October.[2] The United States had been represented by the most Chicago Marathon winners (nine men and twelve women).[3][4] After a seventh consecutive win by a Kenyan man in 2009, Kenyan men have won more times (ten) than men representing any other country.[3][4] The United Kingdom is in third place in total victories (eight), victories by men (five) and victories by women (three).[3][4] All four of Brazil's victors have been men,[3] and all three of Portugal's winners have been women.[4]

The first six pairs of races were swept by the United States.[5] Runners representing the United Kingdom won both races in 1996 (Paul Evans and Marian Sutton).[6] Kenya has been victorious in both races twice (1998 and 2001) and is the most recent country to do so, with representatives Ben Kimondiu and Catherine Ndereba.[5] Deena Kastor, the 2005 female winner, is the last victor from the host nation. Although four-time winner Khalid Khannouchi represented the United States during his 2000 and 2002 victories after becoming an American citizen,[7] the last American-born male winner prior to 2017 was Greg Meyer.[3][4] Galen Rupp became the first American-born male to win the race in 35 years with his 2017 victory.[8] 1979 winner Laura Michalek of the United States was just 15 years old.[2] 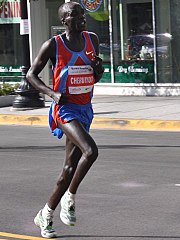 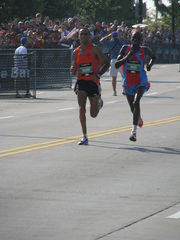 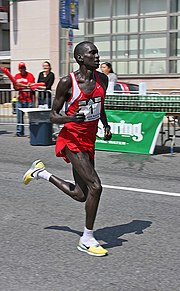 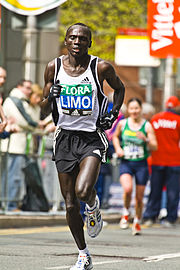 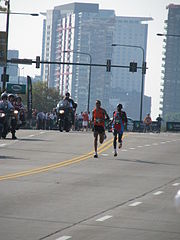