Wiki Loves Monuments (WLM) is an annual international photographic competition held during the month of September, organised worldwide by Wikipedia community members with the help of local Wikimedia affiliates across the globe. Participants take pictures of local historical monuments and heritage sites in their region, and upload them to Wikimedia Commons. The aim of event is to highlight the heritage sites of the participating countries with the goal to encourage people to capture pictures of these monuments, and to put them under a free licence which can then be re-used not only in Wikipedia but everywhere by everyone.

WLM is the successor to Wiki Loves Art, which was held in the Netherlands in 2009. The original WLM contest for "Rijksmonuments" (Dutch for "national monuments") encouraged photographers to seek out Dutch National Heritage Sites. The Rijkmonuments include architecture and objects of general interest recognized for their beauty, scientific, and/or cultural importance. Such locations as the Drenthe archeological sites, the Noordeinde Royal Palace in The Hague, and the houses along the canals of Amsterdam were part of the more than 12,500 photographs submitted during the first event.[7]

This success generated interest in other European countries, and through a collaboration with the European Heritage Days, 18 states with the help of local Wikimedia chapters participated in the 2011 competition,[8][9] uploading nearly 170,000 images by its conclusion. The Guinness Book of Records recognizes the 2011 edition of Wiki Loves Monuments as the largest photography competition in the world with 168,208 pictures uploaded to Wikimedia Commons by more than 5,000 participants.[3] In total, some 171,000 photographs were contributed from 18 participants countries of Europe. Germany, France and Spain contributed highest number of photographs. Photo from Romania won the first international prize, whereas Estonia secured second and Germany third position in WLM 2011.

In 2013, the Wiki Loves Monuments competition had official participation of more than fifty countries from all six continents including Antarctica. Among the new participant nations were Algeria, Chine, Azerbaijan, Hong Kong, Jordan, Venezuela, Thailand, Taiwan, Nepal, Tunisia, Egypt, the United Kingdom, war-torn Syria and many others. In total, some 370,000 photos were contributed from more than 52 participating countries. Germany, Ukraine and Poland contributed highest number of photographs. Switzerland won the first international prize, whereas Taiwan secured second and Hungary third position in the 2013 edition of WLM.

The 2015 edition saw more than 6,200 contestants participating from 33 countries, with over 220,000 photo submissions throughout the month of September.[13]

In 2020, the competition was convened with some changes due to the COVID-19 pandemic, being held in some countries in October or November instead of its traditional September venue.10 Despite the difficulties, participants from 51 countries donated more than 230,000 photographs.[15]

The following is a list of international first prize winners of Wiki Loves Monuments: 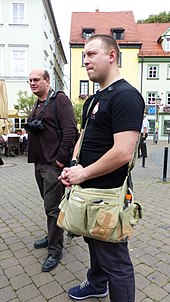