From Wikipedia, the free encyclopedia
Jump to navigation Jump to search
Media repository of free-use images, sounds, other media, and JSON files
Not to be confused with MediaCommons.

Wikimedia Commons (or simply Commons) is a media repository of free-use images, sounds, other media,[1] and JSON[2] files. It is a project of the Wikimedia Foundation. 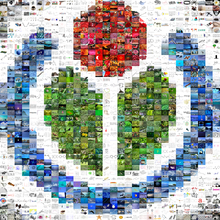 The site has been criticized for hosting large amounts of amateur pornography, often uploaded by exhibitionists who exploit the site for personal gratification, and who are enabled by sympathetic administrators.[6] In 2012, BuzzFeed described Wikimedia Commons as "littered with dicks".[7]

In 2010, Wikipedia co-founder Larry Sanger reported Wikimedia Commons to the FBI for hosting sexualized images of children known as "lolicon". After this was reported in the media, Jimmy Wales, founder of the Wikimedia Foundation which hosts Commons, used his administrator status to delete several images without discussion from the Commons community. Wales responded to the backlash from the Commons community by voluntarily relinquishing some site privileges, including the ability to delete files.[8]

Structured data statements for a picture of some sugar cubes

As of January 2015, there are well over 5.2M geolocated images in Wikimedia Commons. Mapping these shows significant variance in image numbers over the globe. 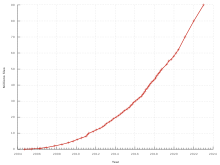