From Wikipedia, the free encyclopedia
Jump to navigation Jump to search
Wikipedia essay
"WP:BREAK" redirects here. For the how-to guide on the usage of line breaks, see Help:Line-break handling. For the essay on the breakability of Wikipedia, see Wikipedia:Can't break it.
Essay on editing Wikipedia 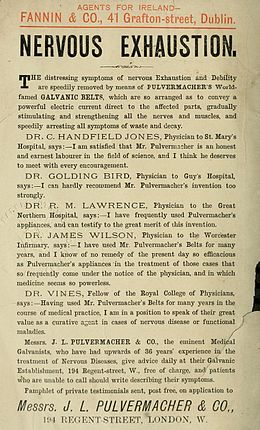 Even the best Wikipedians need a break sometimes.

The pain involved varies from Wikipedian to Wikipedian. Some find it easy to endure, whereas others find the separation agonizing. Often the latter find themselves grasping at any opportunity to go online "just to check what's happening".

The degree of coercion also varies. Some remarkable individuals are actually capable of taking a voluntary wikiholiday: they are to be admired for their strength of character. Some people have to enforce their departure for their own good. Others still are forced into it through circumstances beyond their control: it is often at such times that wikiholics discover their condition.

Wikibreaks, and reducing activity while on Wikipedia, can reflect a significant issue if a person is going through serious difficulties.

When taking a wikibreak, it is a good idea to inform your wikifriends that you are not active and indicate when you might be back. You can use the wikibreak template for this purpose. Let's say Example wants to go on wikibreak until Christmas. They would then place {{wikibreak|Example|on December 25.}} on the top of their user or talk pages, and it produces:

To keep a template that you can switch on or off, or even convert into many of the others shown below, use {{WikibreakSwitch|<status>}} where <status> may be OFF, ON, LONG, etc.

If your message isn't covered by any of the templates on this page, you can use the generic {{tmbox}} template to create a similar-looking box containing your text and one or two images.

An alternative for those weaning themselves more slowly from Wikipedia is the '{{Busy}}' template, which is designed for those who are being overtaken by "real" life (if you have one) work. Wikipediholics can use this template to assuage the guilt associated with long breaks from the Wiki. If Example were using this template, they would place either {{busy|Example}} or {{busy|~~~}} at the top of their user page:

There are times when one is having trouble being able to consistently make contributions for some reason. If you are inconsistently able to make edits, add {{Off and On WikiBreak}} to your userpage, which will produce:

When you move to a new location there is no help for it; you have to stop editing until your computer is found or edit from public computers. {{Moving}} produces:

When school beckons, use {{At school}} to get:

Note: This template uses parameters and has a syntax. Click here for a quick look.

Another template for those who have exams coming up soon, to add it just add {{exams}} at the top of your user page:

Alternatively, you can use {{exams|date}} to specify the date that your exams finish. That will yield:

For those of us who are sick or ill and would thus be partially inactive, Wikipedians can use {{user health inactive}} to indicate this.

For those of us who are struggling with mental illness or psychological problems and would thus be partially inactive, Wikipedians can use {{User mental health}} to indicate this.

Note: NEVER add this to a user page that isn't your page, as this is potentially libelous (not to mention cruel).

The out of town template[edit]

If you are suffering a loss and you are grieving, you may use {{User grieving}}.

The {{bonked|superbonked=yes}} can be used when you have been wikibonked so much that you will have to leave Wikipedia.

For those users who have been disheartened by the wikiprocess through failure, edit wars, bullying, and other acts of not assuming good faith towards the user. They may also be suffering from a sense of wikifailure. Wikipedians displaying {{Discouraged}} may periodically check their watchlist, but will not engage in editing. Wikipedians will typically return to their regular contributing activity once their faith in the wikicommunity has been restored or their existential wikistress has been resolved.

We hope this never happens, but sometimes good things must come to an end. If you are retiring from Wikipedia you can use the {{retired}} template.

Retired
This user is no longer active on Wikipedia.

EXAMPLE
This user is no longer active on Wikipedia.

SEMI-RETIRED
This user is no longer very active on Wikipedia.

This page is referenced in the Wikipedia Glossary.